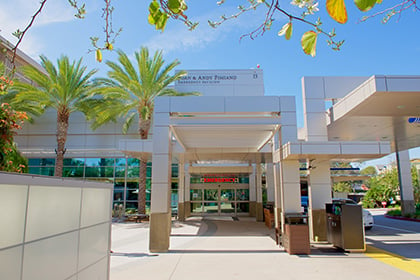 Before the coronavirus hit, tens of thousands of people across the state sought emergency help each day. But in the weeks since the virus began its spread throughout the U.S., those numbers have plummeted by a third to a half, according to physicians overseeing emergency departments in hospitals across Los Angeles County and elsewhere in California.

The steep decline comes amid drastic measures hospitals have put in place to prepare for what health officials fear could be a wave of patients infected by the coronavirus like the ones that have overwhelmed hospitals in New York City and elsewhere.

So far, the numbers of people sickened by the virus in California have been manageable. But now doctors and health officials are increasingly worried that steps taken to keep hospitals at the ready, along with a widespread public fear the virus is rife in emergency rooms, have left people who are in immediate need of lifesaving help unwilling to seek treatment.

“Where are the strokes and the heart attacks? Where are the diabetics having complications?” said Dr. Larry Stock, an emergency physician at Antelope Valley Hospital. “These cases didn’t just vaporize with the virus. I worry people are suffering at home because they’re afraid our emergency rooms are radioactive.”

Physicians and health officials are amending their urgent warnings about the virus to stress that emergency departments are not overrun and can treat people safely. The full effect of what Stock dubbed “corona collateral damage syndrome,” and what another emergency physician called “a virus of fear,” has not yet been tallied as hospitals and state agencies begin to gather comprehensive figures.

But from interviews with more than a dozen physicians working in rural and urban hospitals around the state, a portrait emerges of how emergency care in California has been upended by the virus. They worry people are dying at home from conditions that could have been treated and others who survive will now suffer from serious, chronic conditions resulting from their failure to seek help.

Before the coronavirus made inroads in the state, the emergency department at Hoag Hospital in Orange County typically treated about 90 stroke victims each month, said Dr. David Brown, a neurologist who directs the hospital’s stroke program.

Since state and county officials issued orders last month largely instructing residents to remain at home, the number of stroke cases coming to the hospital has dropped by half, Brown said. Overall, the number of patients coming to Hoag’s emergency department has fallen by half as well, hospital figures show.

And at the Ronald Reagan UCLA Medical Center, stroke cases also have dropped by half, while the number of people being treated for heart attacks is down 30%, said Dr. Greg Hendey, chair of the emergency department. Stroke patients at Cedars-Sinai Medical Center in Los Angeles have declined by 15%, according to the head of the emergency department.

The physicians interviewed, who work in Southern California as well as in Visalia, Sacramento and Fresno, said emergency cases at their hospitals were down 30% to 50%. At Kaiser Permanente, which operates a large network of hospitals around the state, emergency department patients have fallen off by more than half, a Kaiser representative said. The number of people being transported by ambulance to hospitals in Los Angeles County is down between 20% and 30%, a county official said.

Seeing the brutal toll the coronavirus has taken in New York City and other hot spots, where infected people swamped hospital emergency rooms, California officials have implored the public to take its deadly potential seriously. And they have hammered on the importance of not seeking help at hospitals unless absolutely necessary in order to leave them able to handle a possible surge in cases here.

The public push has been effective. And with people staying home, the number of car accidents, shootings and other trauma cases coming into emergency rooms is down, while people with non-urgent ailments have stayed away as well.

But lost in that messaging, physicians and health officials now worry, was an important caveat: If you’re having a medical emergency, you should still go to the hospital.

“It’s fear,” said Dr. Carrieann Drenten, an emergency physician in Sacramento. “People are afraid to come in because the emergency department is seen as this haven of infection and sickness.”

Patients who resisted seeking help and then came to the hospital days late underscore the problem, physicians said.

Brown, the neurologist at Hoag Hospital, recounted an elderly woman who arrived at the hospital last week. She had remained at home for four days despite having weakness on one side of her body and difficulty speaking — both telltale signs of a stroke.

Asked why she had waited, the woman told doctors she had been afraid she’d be exposed to the coronavirus at the hospital, Brown said.

Had the woman come in right away, Brown said, doctors probably would have been able to give her medications that can prevent lasting damage if they are administered soon after a stroke or perform a procedure to remove the blood clot causing the stroke.

As it was, there was little to be done for the woman, who suffered permanent brain damage and paralysis, he said.

And a 43-year-old man who suffered a heart attack was lucky to be alive, said Dr. Dipti Itchhaporia, a cardiologist and director of disease management at Hoag.

Despite several days of chest pain, the man told his wife he would not go to the emergency room because of the virus. As the pain worsened, he dug in his heels, but agreed to see Itchhaporia at her office. Seeing he had a blocked artery doctors commonly refer to as “a widowmaker,” Itchhaporia sent him to the hospital, where she cleared the artery.

The apparent problem is nationwide, according to a study of nine major cardiac centers around the country. In March, as the coronavirus spread, the number of patients who underwent critical artery-clearing procedures such as the one Itchhaporia performed dropped 38% compared with an earlier period, the study found.

Doctors and health experts also worry about people with injuries or illnesses that would not be critical in the moment but can become major problems if allowed to fester. Physicians interviewed offered gruesome accounts of patients arriving days after suffering lacerations, skin infections and ruptured appendixes.

The fear of contracting COVID-19, the illness caused by the coronavirus, is largely misplaced, doctors said.

If a hospital has implemented widely used safety measures such as screening patients for symptoms of the illness before they enter the emergency department, cleaning thoroughly and isolating anyone who shows signs of the virus, the risk is low, they said.

Health officials are now trying to spread that message. Dr. Christina Ghaly, director for the Los Angeles County Department of Health Services, last week urged people to get help if they are having an emergency, saying they “do not need to be worried” about getting infected. Hospitals and medical associations have put out similar messages.

The effect of people forgoing treatment could be deep and long-lasting. Physicians said they believe people are dying in their homes and expect to see a rise in cases of congestive heart failure, major strokes and other chronic problems that are the result of people failing to be treated during the current crisis.

“Down the road, we don’t want to look back and see high mortality rates in cases we could have helped if people had come in,” said Dr. Sam Torbati, co-director of the emergency department at Cedars-Sinai. “We need to bring the pendulum back to a reasonable spot.”