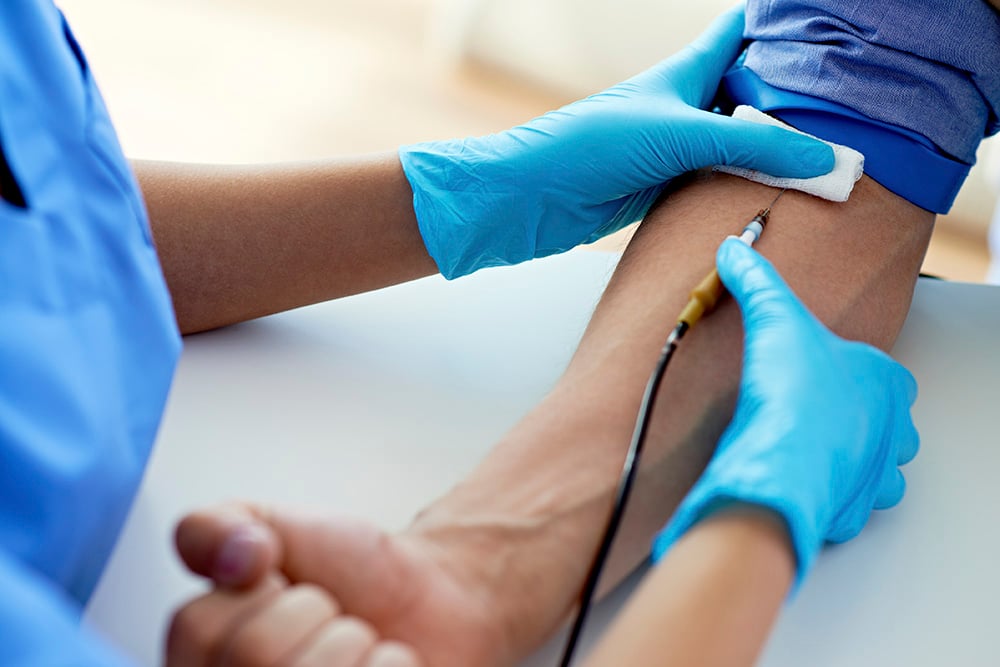 He thinks he may have become infected with the novel coronavirus during a ski trip to Vail, Colo., in mid-March he’d booked with a group of buddies.

The morning of their March 12 arrival, Walcott got a message from the hotel where they’d be staying indicating an employee had been diagnosed with the virus a week earlier and was being treated off site.

“We had 12 to 13 guys scheduled to go on this trip and the day of, four of them bailed,” Walcott said.

As a precaution his wife, Michelle, made up the guest bedroom so he could self-quarantine — just in case. When he woke up on Monday with a fever and body aches, he knew he had the virus.

“I couldn’t get out of bed,” he said, recalling severe body aches. “It went from zero to 60 right away.”

Walcott pulled through, he says, thanks to overall good health and a regimen of juices, tonics and vitamins supplied by his wife. A March 18 coronavirus swab test confirmed 11 days later he had, indeed, been infected.

The good news? During his recovery, Wolcott’s immune system had generated antibodies that could help protect him from becoming reinfected with SARS-CoV-2.

People who develop antibodies against a disease may be in a unique position to help others by donating “convalescent” plasma, says Claudine Van Gonka, public relations manager for the San Diego Blood Bank, which provides blood and plasma to hospitals throughout Orange and Los Angeles counties.

“Historically, it has been shown to have properties that help people recover a little faster, and it could be used as a prophylactic for some people who don’t have symptoms,” she said.

Individuals who have tested positive for the coronavirus and have been asymptomatic for at least 28 days can donate plasma for use by patients with serious cases of COVID-19, the disease caused by the virus.

Walcott got the OK from his doctor, who arranged Tuesday’s donation at Hoag.

In a March 19 White House briefing, U.S. Food and Drug Administration Commissioner Stephen Hahn said transfusing sick patients with the blood of the recovered was not a proven treatment but something that could hold promise.

“This is a pretty exciting area,” Hahn said. “Collect the blood, concentrate that, and have the ability, once it’s pathogen-free — that is, virus-free — to be able to give that to other patients. And that’ll be a bridge to other therapies that will take us three to six months to develop.”

Van Gonka said because patients have had to be symptom free for nearly a month to qualify as a donor, it’s been a challenge to draw enough convalescent plasma to meet the high demand of hospitals.

“We have a lot of hospital partners who’ve been asking for it, so it will literally fly off the shelf once it’s been tested,” she added.

Antibody testing capabilities are beginning to widen the pool of donors by allowing even those who’ve never been tested for coronavirus to determine if they may have already been infected and recovered.

For Walcott, who braved his preternatural dislike of needles and blood draws to help others, donating plasma is a no-brainer.

Visit the Daily Pilot to view the original article.