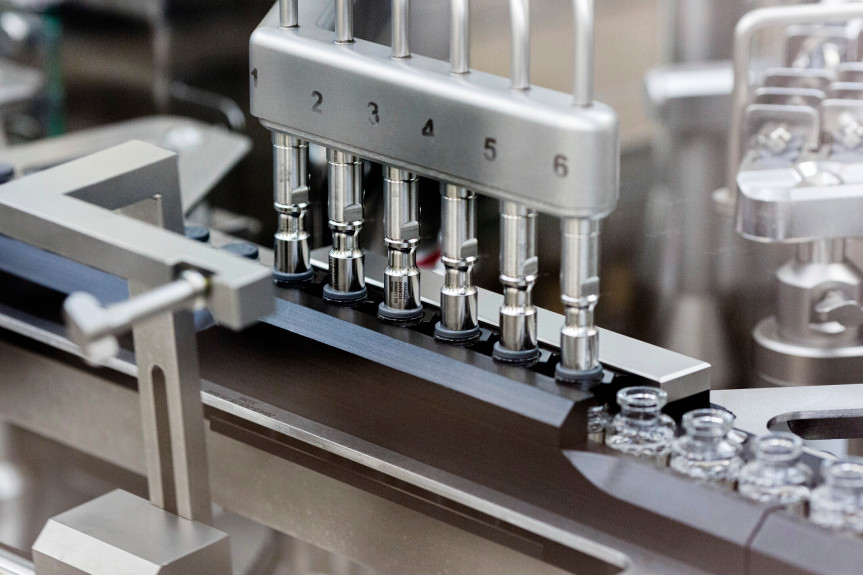 Posing as the one of the building blocks the virus needs to make copies of itself, it’s incorporated into the virus’s genome — stopping it from reproducing and essentially shutting it down in its tracks, research has found.

Developed by the Bay Area’s Gilead Sciences in 2014 to fight Ebola — which it didn’t do very well — remdesivir has been pressed into service to battle the SARS and MERS coronaviruses effectively. And now, trials involving thousands of patients at hospitals across the nation suggest it may be a potent treatment for COVID-19 as well.

Results are expected to start rolling out next month, but early data leaked from the University of Chicago have researchers and investors abuzz.

Extremely sick people treated with the drug in Chicago showed rapid recovery in fever and respiratory symptoms, with nearly all patients discharged in less than a week, according to a report in STAT.

Southern Californians appear to be responding positively, too.

“The majority of patients have done very well,” said Deborah Fridman, director of clinical research at Hoag Hospital, which has enrolled 28 patients in the trial for severe illness and eight in the trial for moderate illness.

Researchers are not allowed to release data yet, and try to temper high expectations with caution.

“Hundreds of Kaiser Permanente patients have received remdesivir as a part of these studies,” said a spokesperson for the health care giant in California.

“While early results are promising, Gilead has said, ‘What we can say at this stage is that we look forward to data from ongoing studies becoming available.’ “

At St. Joseph, the research team plans to follow up with patients about a month after their trial began to track recovery.

Gilead’s stock has soared some 30 percent in recent weeks as excitement over remdesivir builds. But that’s tempered as investors ponder the long-term usefulness of a treatment, when so many vaccines are in development to prevent people from getting sick in the first place, according to MarketWatch.

But for those who get very sick now, with vaccines still a year or so away, an effective treatment could mean the difference between life and death.

In the New England Journal of Medicine on April 10, Gilead announced results from a cohort analysis of 53 patients hospitalized with severe complications of COVID-19 who were treated with remdesivir on what’s known as “an individual compassionate use basis.” That’s outside the scope of the national studies currently being conducted.

The majority of those patients showed clinical improvement, and no new safety signals were identified with remdesivir treatment, the analysis found.

Nearly two thirds of the patients were on mechanical ventilation, and remdesivir improved oxygen levels in 68 percent of them — 36 of the 53. Nearly half of all patients were discharged from the hospital following treatment.

“Currently there is no proven treatment for COVID-19. We cannot draw definitive conclusions from these data, but the observations from this group of hospitalized patients who received remdesivir are hopeful,” said Jonathan D. Grein of Cedars-Sinai Medical Center in Los Angeles, lead author of the journal article, in a statement. “We look forward to the results of controlled clinical trials to potentially validate these findings.”

In the meantime, a small study of rhesus macaques led by the National Institute of Allergy and Infectious Diseases offers more reason for optimism.

The NIAID, with Gilead, looked at 12 animals infected with COVID-19. Half were treated with intravenous remdesivir; the other half were not.

Animals treated with remdesivir didn’t show signs of respiratory disease and had reduced fluids in the lungs, the study found. Viral loads were significantly reduced as soon as 12 hours after the first treatment, and there was a clear reduction in damage to lung tissue, it found.

While remdesivir helped prevent pneumonia, it did not reduce virus shedding by the animals. “This finding is of great significance for patient management, where a clinical improvement should not be interpreted as a lack of infectiousness,” the researchers said.

Of course, people are not rhesus macaques. But researchers from the University of Alberta examined how remdesivir works, and concluded it’s highly effective in stopping the replication mechanism of the coronavirus that causes COVID-19, according to research published in the Journal of Biological Chemistry.

Most everyone will get COVID

Officials caution that, even with hope in the air for a treatment or vaccine, people must not get sloppy.

“We’re seeing fewer patients in the past week, probably because California started social distancing before other states,” said Fridman of Hoag Hospital. “The only reason we’re doing as well as we are is that people have adhered to the social distancing guidelines.They’re keeping themselves protected and protecting others.

“We’re going to have to continue with that,” Fridman said. “We don’t want to have a mass amount of people getting sick at the same time.”

Most people don’t realize that probably everybody will get COVID, sooner or later, she said.

Preliminary results of antibody testing by USC and Los Angeles County suggest that the number of people who’ve been infected with the virus is about 40 times larger than the number of confirmed cases.

About 4.1 percent of Los Angeles County adults have been infected with the virus, said Barbara Ferrer, director of public health for the county — which means that some 95 percent of people remain vulnerable.