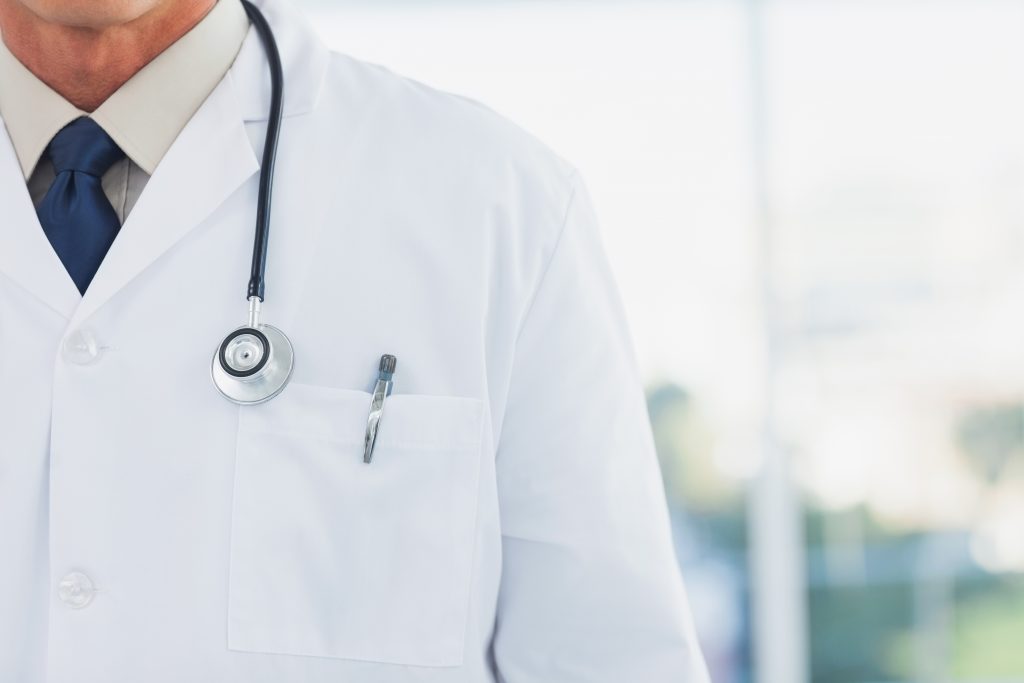 These days, Los Angeles acting teacher Deryn Warren balances her pain with her fear. She’s a bladder cancer patient who broke her wrist in November. She still needs physical therapy for her wrist, and she’s months late for a cancer follow-up.

But Warren won’t go near a hospital, even though she says her wrist hurts every day.

“If I go back to the hospital, I’ll get COVID. Hospitals are full of COVID people,” says Warren, a former film director and author of the book “How to Make Your Audience Fall in Love With You.”

Many, many patients like Warren are shunning hospitals and clinics. The coronavirus has so diminished trust in the U.S. medical system that even people with obstructed bowels, chest pain and stroke symptoms are ignoring danger signs and staying out of the emergency room, with potentially mortal consequences.

A study by the Centers for Disease Control and Prevention found that emergency room visits nationwide fell 42% in April, from a mean of 2.1 million a week to 1.2 million, compared with the same time period in 2019.

A Harris poll on behalf of the American Heart Assn. found roughly 1 in 4 adults experiencing a heart attack or stroke would rather stay at home than risk getting infected with the coronavirus at the hospital. These concerns are higher in Black (33%) and Latino (41%) populations, said Dr. Mitchell Elkind, president of the American Heart Assn. and a professor of neurology and epidemiology at Columbia University.

Perhaps even more worrisome is the drastic falloff of routine screening, especially in regions hit hard by the virus. Models created by the medical research company IQVIA predict delayed diagnoses of an estimated 36,000 breast cancers and 19,000 colorectal cancers due to COVID-19’s scrambling of medical care.

At Hoag Memorial Hospital Presbyterian in Newport Beach, mammograms have dropped as much as 90% during the pandemic. “When you see only 10% of possible patients, you’re not going to spot that woman with early-stage breast cancer who needs a follow-up biopsy,” said Dr. Burton Eisenberg, executive medical director of the Hoag Family Cancer Institute.

Before the pandemic, Eisenberg saw five melanoma patients a week. He hasn’t seen any in the last month. “There’s going to be a lag time before we see the results of all this missed care,” he said. “In two or three years, we’re going to see a spike in breast cancer in Orange County, and we’ll know why,” he said.

Dr. Farzad Mostashari, former national coordinator for health information technology at the U.S. Department of Health and Human Services, agreed. “There will be consequences for deferring chronic disease management,” he said.

“Patients with untreated high blood pressure, heart and lung and kidney diseases are all likely to experience a slow deterioration. Missed mammograms, people keeping up with blood pressure control — there’s no question this will all cause problems.”

In addition to fear? Changes in the healthcare system have prevented some from getting needed care.

Many medical offices have remained closed during the pandemic, delaying timely patient testing and treatment. Other sick patients lost their company-sponsored health insurance during virus-related job layoffs and are reluctant to seek care, according to a study by the Urban Institute.

A study by the American Cancer Society’s Cancer Action Network found that 79% of cancer patients in treatment had experienced delays in care, including 17% who saw delays in chemotherapy or radiation therapy.

“Many screening facilities were shuttered, while people were afraid to go to the ones that were open for fear of contracting COVID,” said Dr. William Cance, chief medical and scientific officer for the American Cancer Society.

And then there are patients who have fallen through the cracks because of the medical system’s fixation on COVID-19.

Dimitri Timm, a 43-year-old loan officer from Watsonville, Calif., began feeling stomach pain in mid-June. He called his doctor, who suspected the coronavirus and directed Timm to an urgent care facility that handled suspected COVID-19 patients.

But that office was closed for the day. When he was finally examined the following afternoon, Timm learned his appendix had burst. “If my burst appendix had become septic, I could have died,” he said.

The degree to which non-COVID patients are falling through the cracks may vary by region. Doctors in Northern California, where hospitals haven’t yet seen an overwhelming surge of COVID-19 cases, have continued to see other patients, said Dr. Robert Harrington, chairman of the Stanford University Department of Medicine and outgoing president of the American Heart Assn. Non-COVID issues were more likely to have been missed in, say, New York during the April wave, he said.

The American College of Cardiology and American Heart Assn. have launched campaigns to get patients to seek urgent care and continue routine appointments.

The impact of delayed care might be felt this winter if a renewed crush of COVID-19 cases collides with flu season, overwhelming the system in what CDC Director Robert Redfield has predicted will be “one of the most difficult times that we’ve experienced in American public health.”

The healthcare system’s ability to handle it all is “going to be tested,” said Anthony Wright, executive director of Health Access California, an advocacy group.

But some patients who stay at home may actually be avoiding doctors because they don’t need care. Yale University cardiologist and researcher Dr. Harlan Krumholz believes the pandemic could be reducing stress for some heart patients, thus reducing heart attacks and strokes.

“After the nation shut down, the air was cleaner, the roads were less trafficked. And so, paradoxically, people say they were experiencing less stress in the pandemic, not more,” said Krumholz, who wrote an April op-ed in the New York Times headlined “Where Have All the Heart Attacks Gone?” “While sheltering in place, they were eating healthier, changing lifestyles and bad behaviors,” he said.

At least some medical experts agree.

“The shutdown may have provided a sabbatical for our bad habits,” said Dr. Jeremy Faust, a physician in the division of health policy and public health at Boston’s Brigham and Women’s Hospital. “We’re making so many changes to our lives, and that includes heart patients. If you go to a restaurant three times a week or more, do you realize how much butter you’re eating?”

While some patients may be benefiting from a COVID-19 regime change, many people have urgent and undeniable medical needs. And some are pressing through their fear of the virus to seek care, after balancing the risks and benefits.

In March, when the virus took hold, Kate Stuhr-Mack was undergoing a clinical trial at Hoag for her Stage 4 ovarian cancer, which had recurred after a nine-month relapse.

Members of her online support group considered staying away from the facility, afraid of contracting the virus. But Stuhr-Mack, 69, a child psychologist, had no choice: To stay in the trial, she had to keep her regular outpatient chemotherapy appointments.

“We all make choices, so you have to be philosophical,” she said. “And I thought it was far more risky not to get my cancer treatment than face the off-chance I’d contract COVID on some elevator.”

Glionna is a former national reporter for the Los Angeles Times. This story was produced by KHN (Kaiser Health News), which publishes California Healthline, an editorially independent service of the California Health Care Foundation. KHN is not affiliated with Kaiser Permanente.

Visit the Los Angeles Times to view the original article.